Time Travel at The Museum of Brands, Packaging & Advertising

This unique collection at the Museum of Brands, Packaging and Advertising, features over 12,000 original items from the Victorian era to the 21st century. You’ll find it just a stone’s throw from London’s famous Portobello road market. A visit to the Museum of Brands, Packaging and Advertising, in its new Notting Hill home, is a perfect rainy day activity in London town.

It’s like stepping back into your grandparents’ living room and sitting by the fireside to share a tin of Mackintosh toffees and drink mugs of Cadbury’s cocoa or Ovaltine.

It will pull at your heart-strings, make you nostalgic for the foods of your childhood, and give you a unique insight into British food tastes and history. Fascinating, colourful and eclectic.

The Story of the Museum of Brands, Packaging & Advertising

Robert Opie, a consumer historian, has amassed an incredible collection of cartons, tins, bottles, toys and advertising displays spanning from the early Victorian era through to the present day. Arranged as a time-tunnel, the display takes you through each era and the advances in science that changed our daily lives and food tastes, giving rise to consumer brands.

See The Foods Invented By The Victorians

Learn that many of the brands we love today arrived in shops during Queen Victoria’s long reign. Mr Bird invented instant custard powder, Colman’s mustard powder became popular and a chemist, Lea & Perrins, created Worcestershire sauce. Powdered chocolate was created leading to the opening of Cadbury’s factory at Bournville. There were household inventions too including gas cookers (Prince Albert installed one in Windsor Castle’s kitchen, and washing machines. Discover How Holidays Changed The Food We Eat

Walk through the museum’s rooms and you’ll see how travel started to influence British tastes. With the introduction of the railways, Victorians began travelling to seaside towns such as Whitstable on the Crab and Winkle line and Blackpool, which became the first resort to have its own lettered rock. By the early 1960s, when holidaymakers were visting Greece, Italy and Spain, Heinz had started to produce tins of spaghetti Bolognese and ravioli.

Learn About The Golden Decade of Chocolate

The chocolate bar packaging is particularly nostalgic revealing that the 1930s was the golden decade for sweet lovers. Terry’s Chocolate Orange arrived in 1932, followed by Black Magic and Quality Street. The sensation of the decade however, was when white chocolate appeared in the form of Nestlé’s Milky Bar in 1937 and both Smarties and Rolos were launched.

There’s an impressive collection of royal memorabilia. By the coronation of George V in 1911, tins filled with tea, biscuits and confectionery had become popular souvenirs. This tradition has endured and you’ll find souvenirs of the Queen’s Silver Jubilee and Royal weddings in the antique shops along the Portobello Road.

How to Find the Museum of Brands

Museum of Brands, Packaging and Advertising

Museum of Brands, Packaging and Advertising 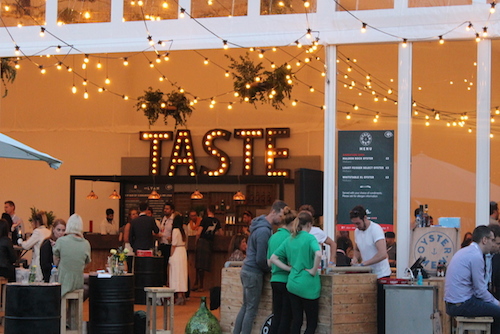